Well, late winter is here and that means it is time for my most hated chore. I don’t know what it is about the task of pruning that I hate, but I hate it like I hate thinning plants in the garden.

I find it really hard to cut a piece off of a tree or vine. I know that it is for the good of the plant and for my family, as it causes the plant to be able to make more and healthier fruit. So, having been honest about my detest for the job, the other problem is that it can be a confusing task.

What do I cut? How do I cut it? When do I cut it?  When I first started pruning, I tended to err on the side of caution, not cutting enough. As I have learned by experience, reading, and from good advice from my old-timer friends (esp Mr. Ted Blankenship, who is now with the Lord), it’s not as scary a task. I will cut just about anything off the tree that I don’t  like the “looks” of.

Well, I (of course I really mean WE) have to prune the blackberry bushes, the grape vine, the muscadine vines, and the peach trees.  I have to say I am pleased with the results of proper pruning.  Now is also a good time to take a look at their supports.  We had to rebrace the grape and muscadine vine trellises.

The thing is, don’t be afraid.  The most important thing to remember is to wait until late winter to do your pruning, but not too close to early spring. If you cut the plant while the sap is still running, you will cause it to “bleed” to death (another term I learned from my grandfather). We have had a colder than usual winter here (2014) and I probably  could have done it in early January, but I waited to start it in late January and finished it the first week of February as usual. The next day, I was out at the muscadine vine and noticed sap running into the healed pruned areas.  This let me know they were alive and that I had finished them with only a week to spare, too close for my tastes. As with most chores, the weather is the determining factor on the farm isn’t it.

I have included a couple of links here for good pruning information. Unless you are south of the Mason Dixon Line, you still have time to prune in early February, usually.  If the sap has started to run, don’t prune or you’ll risk the life of your plant. 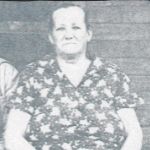