Egg abnormalities occur with almost every breed of hen at some point in her egg laying career. Eggs laid by non-commercially bred hens vary considerably in size, shape, and color and in that mix, egg abnormalities will occur. People who have a small flock with several different breeds of birds can learn to recognize each hen’s eggs. It’s easier for them to know who’s laying and who isn’t; how often and when; and which hen may be having health issues because of consistent abnormalities. For people like me who have a larger flock,  it’s harder to tell and requires us to separate a suspected hen to determine her laying quality and quantity.

Well, with egg abnormalities in mind, let’s talk about the anatomy of egg laying:

If you butcher your own birds and any of them are of egg laying age (5 to 7 months for most all breeds), you’ll see the eggs in waiting inside of her. There’ll be a cluster of little tiny yellow specks that look like grains of sand with small, pebble like ones around them, graduating in size larger and larger. These are the yolks. When the yolk for the day is ready, it enters the oviduct where it’s fertilized or not

Next, the egg white is added, then it receives two membranes that help to keep the nutrients in and to keep its shape. Finally, the shell is put on and the egg moves to just inside her vent. The whole process takes about 24 hours. Now, she’s ready to lay! Boy! will she let you know when she’s done it.

My whole flock gets excited and cackles for each and every egg – every day. You would think they would be used to doing it and not put on such a show, but it’s a production of cackles and crows for every egg! This is a very basic and simple explanation of the egg production process and somewhere in this straightforward, yet complex process, things happen that cause egg abnormalities.

Just in way of a reminder, a pullet (a hen under a year old) will lay smaller eggs than she will as she grows and matures into a hen. Of course, age is the first thing that comes to mind since most breeds begin laying between 5 to 6 months of age. As a hen matures, the size of her eggs and the frequency of her laying will increase.

Once she begins laying, it usually takes her 7 to 10 weeks to work up to full production. Depending on the breed and the lifestyle of your hen, you can expect her to lay for up to 10 years. The average lifespan of a hen is 14 years. If your main goal is egg production, then you probably wouldn’t want to keep your hen past 3 to 4 years of age as this is the age range of when she will be most productive. When I have a hen who is unproductive for more than four months out of the year, I cull her. That is of course unless she is special.  😉

Which hen is lay and which isn’t?

Judging which hen is laying and which isn’t is not an exact science, but there are some signs to look for. Before a hen begins to lay, you will see a yellow color around her vent, eyes, and earlobes. After she has been laying for a few months, the yellow in these and her beak will fade slightly. After about six months of laying eggs, her feet, toes, claws(toenails), and shanks will also fade. When she quits laying, you will see the color come back to these. This is kind of interesting to me since the bright color of her cone and wattles is a surefire sign that she is laying or about to. When she stops laying she will turn pale pink. It seems just the opposite from her other body parts 🙂 The most bizarre egg abnormality I’ve ever found in my flock is the shelless egg. As you can see in the photo, it’s perfectly formed down to the protective membrane, but the shell simply didn’t form around the egg. If you reach into the nest for your eggs without looking, it’s a pretty freaky feeling to grab hold of one of these. This usually happens in a chicken who is just beginning to lay. I have only had this happen 4-5 times in all my years of chicken keeping. If you have more than one of these or find them frequently, be sure you are feeding your chickens a balanced diet and add calcium. Be sure to not eat this egg. You can give it to your dogs or hogs, but not to humans. Since the protective shell didn’t form, it’s very probable that bacteria has gotten through the membrane contaminating the egg. Another big abnormality, which I have to say in my 30+ years of chicken keeping, I’ve had less than 10 of these. It’s the double yolked egg. This photo was taken a long time ago. I remember taking it because it was the first one I had received from my girls in years and I didn’t know when I would have another one. The double yolked egg is just an egg that has developed two yolks. Kinda like it wanted to be twins! This egg is perfectly safe to eat. Your eggs may be weirdly shaped. You may have an outcropping on your eggshell. This is just a little extra deposit of calcium like you can see in this photo. Interesting “swirlies” often form in the shell making process. Even though I’ve never had one, I’ve heard of having an egg within an egg. This is caused when an egg gets backed up for some reason and goes through the last production stages twice.

I had this egg from one of my younger hens. It was such a puzzle to me. The egg is cracked almost all the way around, yet the protective coating (called the bloom) sealed the egg. Not a true abnormality, but worth noting, is blood around the yoke. It’s considered a hereditary characteristic in some chicken breeds. Blood in the egg isn’t an indication of fertilization. This kind of egg is completely edible. If you have a rooster, you may notice a white or slightly discolored spec in your yolk when you crack your egg. Congratulations! You have a fertile egg and given the right opportunity, it would’ve become a chick. This egg is edible, which is a good thing because almost all my eggs or fertile. Yep, my guys are on the job. As you can see in this photo, this was the shelless egg – I cooked it for the dogs. Of course, if you crack an egg and it smells funny, don’t eat it! One of my grossest memories is of one time when I was helping my grandmother, and I use the term “helping” loosely, fix breakfast. She had fried the bacon, which came from their smokehouse and was cooking eggs. She had fried two or three and reached for another. When she cracked it open and plopped it into the hot skillet, there was a half-developed baby chick! Oh boy did it stink! Needless to say, she rushed it out the back door then cleaned the skillet.

I remember she said, “That’s what I get for not cracking it into a bowl first.”  She had to explain to me that she had found a nest of eggs and thought she had tested them all for freshness, but that when you’re not sure, you should crack the egg into a bowl first and then use it. She couldn’t have taught me a more memorable lesson. As you can imagine, neither one of us had eggs for breakfast. 🙂

What is the most abnormal egg you’ve had in your flock? Have you experienced any of these? I really enjoy that no two eggs are exactly the same. I can tell which breed laid which egg, but not which hen. Can you tell?

Remember, you can Contact Me or leave your comments below. Be sure to check out this and other great articles on Backyard Poultry Magazine. 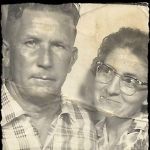